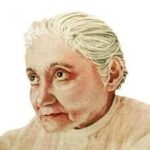 On the Immaculate Conception

Jesus:  “My daughter, the immaculate conception of my beloved Mama was prodigious and all marvelous; so much so, that Heaven and earth were astonished and made feast.  All Three Divine Persons competed among Themselves:  the Father poured out an immense sea of power; I, the Son, poured out an infinite sea of wisdom, and the Holy Spirit, an immense sea of eternal love, which, merging into one, formed one single sea; and in the middle of this sea the conception of this Virgin was formed, chosen among the chosen.  So, the Divinity administered the substance of this conception, and this sea was not only the center of life of this admirable and singular creature, but it remained around Her – not only to keep Her defended from anything which might shadow Her, but to give Her, in every instant, new beauties, new graces, power, wisdom, love, privileges, etc.  So, Her little nature was conceived in the center of this sea, and was formed and grew under the influence of these divine waves; so much so, that as soon as this noble and singular creature was formed, the Divinity did not want to wait as It usually does with other creatures – It wanted Her embraces, the return of Her love, Her kisses, and to enjoy Her innocent smiles.  Therefore, as soon as Her conception was formed, I gave Her the use of reason, I endowed Her with all sciences, I made Her aware of Our joys and Our sorrows with regard to Creation.  Even from the maternal womb, She would come to Heaven, at the foot of Our Throne, to give Us Her embraces, the return of Her love, Her tender kisses; and throwing Herself into Our arms, She would smile at Us with such delight of gratitude and thanksgiving as to snatch Our smiles.  Oh! how beautiful it was to see this innocent and privileged creature, enriched with all the divine qualities, coming into Our midst, all love, all trust, without fear.  In fact, sin alone is what puts distance between Creator and creature, breaking love, dissolving trust, and striking fear.  So, She would come into Our midst as Queen who, with Her love, given by Us, would dominate Us, enrapture Us, put Us in feast, and capture yet more love.  And We would let Her do it, enjoying the love that enraptured Us, and constituting Her Queen of Heaven and earth.

Heaven and earth exulted and made feast together with Us, having their Queen after so many centuries.  The sun smiled in its light, and considered itself fortunate in having to serve its Queen by giving Her light.  The heavens, the stars, and the whole universe smiled with joy and made feast, because they were to delight their Queen, showing Her the harmony of the spheres and of their beauty.  The plants smiled, which were to nourish their Queen; and the earth too, smiled and felt ennobled in having to provide the residence for its Empress and to be trodden by Her steps.  Only hell cried and felt itself losing strength because of the dominion of this Sovereign Lady.

Feast of Our Lady of Guadalupe